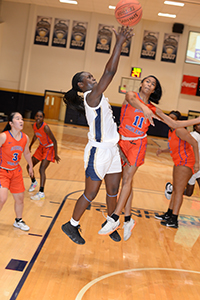 Due to social distancing, only Appreciation Club members will be admitted to home games.

The Lady Indians (5-0) are second in the FCSAA Poll and fourth in the NJCAA National Poll.

The Indians (6-3) are ranked fifth in the FCSAA Poll.

Chipola is 2-0 in women’s league play after a big 75-47 win over Tallahassee on Feb. 9. Pensacola rescheduled their game against Chipola due to Covid issues. The Lady Indians beat LSU-Eunice, 89-43, in a non-conference game Feb. 6.

The Lady Indians scored a 62-55 win over Gulf Coast.

Home games will be webcast live with a link available on each team’s schedule at chipolaathletics.com.