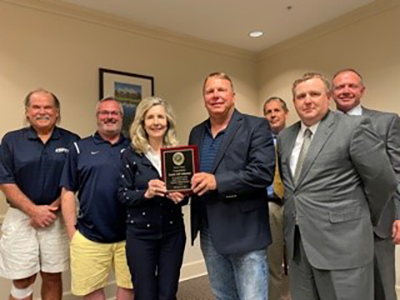 The Chipola College baseball team finished third in the Panhandle Conference with a 14-9 league record and 34-15 overall.

Chipola’s games with St. John’s River and Southern Union State on Saturday, May 1, have been cancelled.
The Indians are seventh in the FCSAA State Poll and No. 14 in the NJCAA national poll.

Photo:
Chipola baseball coach Jeff Johnson is congratulated by the board of trustees for his 900th career win.