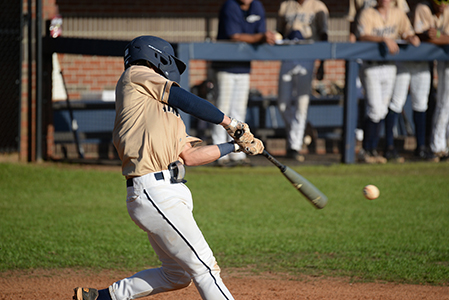 The top-ranked Chipola baseball team is in the hunt for another Panhandle Conference title with a 11-6 league record as of April 8.

Chipola ’s Andrew Baker and Michael Esposito combined on a two-hit shutout in a 13-0, five-inning victory over Tallahassee on April 12.

The Indians are second in the FCSAA State Poll and number 10 in the NJCAA national poll.