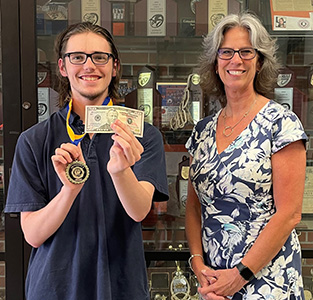 The occasion was the 31st Annual Throssell Literature/Language Festival hosted by Chipola College’s Letters Department. This year the festival was held virtually with students competing via Zoom. Festival Coordinator Dr. Rachel West commended all involved with the virtual festival: “Everybody—from Chipola employees to high school students—were patient and gracious throughout the festival. Even though we were not allowed to hold the festival in person, it was wonderful to continue with the competition.” The purpose of the festival is to recognize and encourage academic excellence.

Prizes were awarded to first, second and third places, as well as honorable mentions (HM), in multiple categories. The winner of the President’s Reading Contest received a special medallion as well as a cash award.

Contest winners from participating schools are listed below.